Posted on July 9, 2012 by westlakemusings

I did a bad thing yesterday.  I split up a little family of birds – new borns.  I feel so guilty.

I was on a ladder, cutting back my wisteria.  I was being brutal and wacking off large limbs.  The birds were chirping all around me.  That was nothing new.  I didn’t really register that one bird was behaving rather frantically.  I now know that that was the mother bird and I was holding the limb where she had her nest.  oops!   Down falls one little bird.  A second fluffy wing can still be seen in the nest. 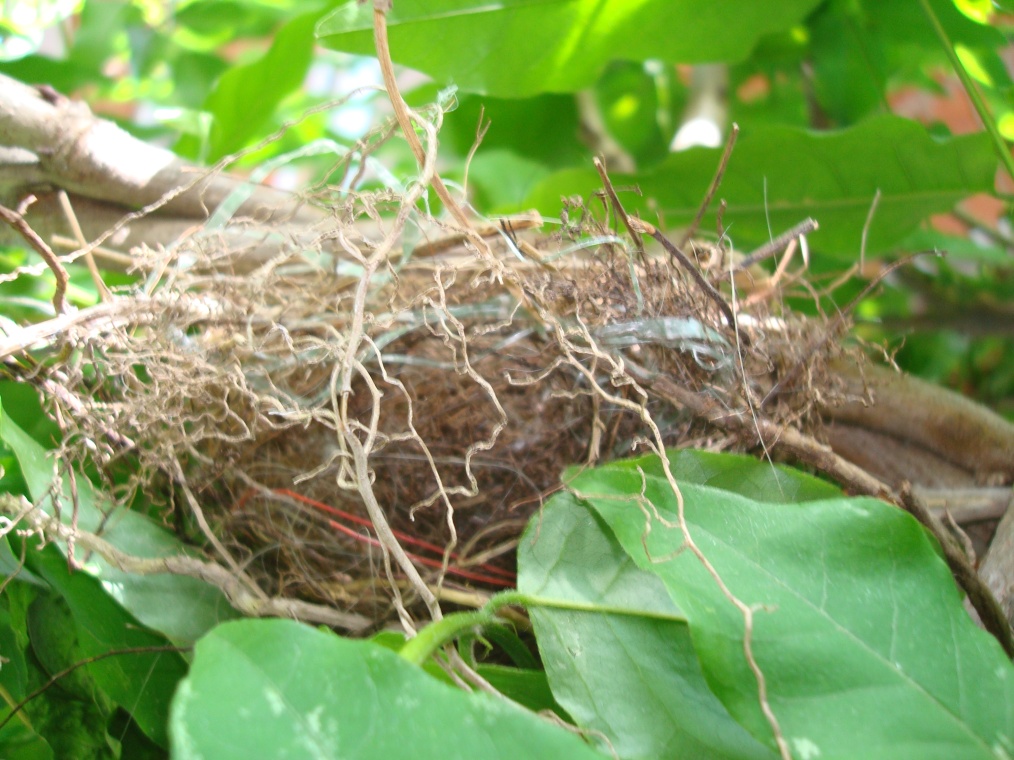 The last twenty-four hours have been all about baby birds.  One was in our garage, on top of the bicycle seat, then by the extension core.  Peap.  Peap  Peap.  In other words – “Mom come and rescue me ! ”   We left the garage door slightly open in hopes that the situation would rectify itself.   Now the baby has worked its self around to the back of the house.  It is just sitting there on a low hanging twig.  All alone…..  Peap, Peap. Peap.    Momma bird is around the front calling out for her lost one.     O God,  I don’t want to be involved.  It’s so stressful.

In 2013 my husband and I retired. We bought an old pre-confederation house out in the country. This blog is about our new world in the country as we explore all of life's possibilities.
View all posts by westlakemusings →
This entry was posted in Life in the country and tagged Bird nest, nature. Bookmark the permalink.